What’s in the Basement?

I just want to take this month’s newsletter to say how very much I appreciate our HTM customers. HTMs have an increasingly tough job taking care of more and more medical devices with an ever increasingly level of complexity, and with fewer and fewer resources to accomplish their mission. Recently I was in a biomedical engineering lab in the Southeast to train the staff there on how to use our ultrasound probe test device, Aureon. Their lab was in the basement next to the morgue. A very large hospital, and a very small lab. I posted the image (see right) of the lab on LinkedIn with a plea for hospital executives to make sure that adequate resources are supplied to the biomedical department to allow them to perform all the tasks they are assigned. In the last few weeks since I posted the photo, I have had almost 9,000 views, and a good number of comments saying this photo, unfortunately, still represents far too many labs across the United States. It should not be that way.

I hope 2019 brings each of you the best that a New Year can offer. Merry Christmas! 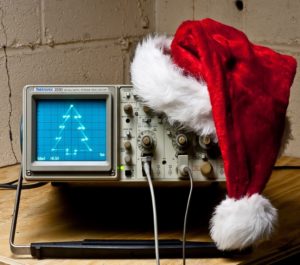