Why Hospitals are Losing Money

When I read a headline in a hospital business journal like Becker’s Healthcare, that declares that “Hospital X’s operating loss grows to $201M 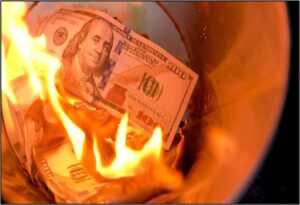 A famous 19th century pianist, Ferruccio Busoni, was asked what approach he took to his piano practice that made him into the world class musician he became. He said this; “In my own development as an artist, it has been made evident to me, time and time again, that success comes from the careful observance of details.” He aimed for perfection in every note he played and the way each note related to the notes around it. In my career I have been in front of hospital administrations and CFOs running their hospitals at a loss – as a percentage of top line revenue similar to that of the one described above. I showed one of them how they could save $400,000 per year by having their probes repaired by us rather than simply exchanging them for new ones direct from the OEM. They responded, “my $96M problem isn’t going to be solved by saving $400,000 – I have much bigger issues to focus on.” I was tempted to say something snarky, but the calmer side of me prevailed. The truth is this hospital did not lose $92M all in one transaction- it was the aggregate of sub-optimal buy decisions in virtually every department within the hospital. There was, and continues to be, a culture of making the easy decisions not the right decisions. As Ferruccio Busoni said, “…success comes from the careful observance of details.” The obverse of that truth is also spot on – failure comes from ignoring details.