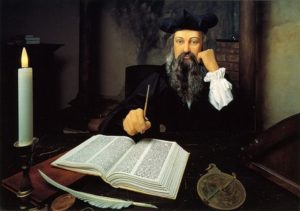 Someone once commented that the trouble with predicting is that it’s always about the future. Well, I am not going to let that caveat keep me from making a handful of wild-eyed predictions for 2020. But first an observation about the year itself; if you made 2020 a fraction (20/20) the result would be 1. Setting that astounding fact aside let me offer the following prognostications for the New Year.

Well that’s it for me – have a great New Year!!