Is an Ultrasound Service Manual Valuable for System Troubleshooting?

I recently had one of my high-end ultrasound systems upgraded. 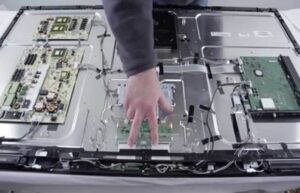 During the upgrade I had a great conversation with the OEM field service engineer (I will call him Frank) concerning what it takes to service ultrasound systems in 2022. Yes, I sat next to him in our training room peppering him with service-related questions throughout the entire upgrade process. The reason, besides him being a wonderfully patient human being, he had both the time and the inclination to talk with me is that upgrading an ultrasound system in 2021 is far different than it was in 1989. Mainly software downloading; so, talking with me rather than staring at the ultrasound system monitor or playing a video game on his cell phone seemed to him like a better use of his time. The 3rd party service issue for medical devices has as one of its goals the ability to force OEMs to provide service manuals. I wondered if service manuals for ultrasound systems in 2022 looked anything like those in 1989. I asked Frank how often he used his service manual in repairing ultrasound systems and he looked at me with a blank stare; “uh, never”, he replied. Seems there are only a few field-replaceable units (FRU), a couple of boards, and a power supply in a contemporary high-end ultrasound system – a lot like the components in a modern flat-screen TV (see Photo). He also doesn’t carry a soldering iron, or a tissue phantom, or an oscilloscope. His primary tools are his laptop, a service dongle, and a cell phone. So, if OEMs are forced to provide service manuals for ultrasound systems, I’m afraid the 3rd party servicers won’t be getting much. What would be useful to 3rd party service providers would be the service software which pinpoints which FRU to replace. Below are a couple of tips regarding troubleshooting ultrasound systems:

What Typically Fails in an Ultrasound System?

Hardware failures tend to cluster around the weakest points of the design. These include:

One Other Common System Failure – so make sure you back-up the HD!

Failure modes will occur in many varieties: hard, soft, intermittent, software, and operator error. Hard failures are catastrophic and are generally straightforward to diagnose. They can usually be traced to a certain board, power supply, monitor, or transducer, for example. Their symptoms (e.g., smoke coming out of a power supply!) will often help direct troubleshooting efforts. Be sure to round up the usual suspects: something that people touch, components that normally run hot, software, and connectors. The clinical operator usually provides clear reports on soft failures, e.g., broken knobs, casters, etc. Intermittent problems, software anomalies, and failure reports stemming from operator error are always more difficult to diagnose and require higher levels of troubleshooting.