In the thousands of defective ultrasound probes we see each year at our probe repair laboratory the ones that are most easily preventable relate to an end-user using a non-OEM approved HLD chemical, or not following the OEMs cleaning protocol. During the COVID-19 pandemic there were many hospitals workers laid off, some of whom were those trained and responsible for cleaning and disinfecting transducers (as well as other medical devices). Over the past few months, we have seen a rise in the number of probes coming in for repair that were clearly not disinfected properly. An example of the outcome of this is shown in the photo below; taking what used to be a normal lens (top photo) and turning it into an un-useable “Frankenlens” (middle photo). This type of lens damage has been seen on both non-TEE probes as well as on TEE probes.

When you read an OEM user manual for probes you will see that certain disinfectants are validated by the OEM, through testing, to establish chemical compatibility with product materials if they pass that testing then they are recommended by the OEM for use with the probe, and are listed in a table found in the user’s manual along with a protocol (dilution levels, soak time, etc.) for disinfecting. The probe user manuals are also quick to point out that “using non-recommended disinfectants, using incorrect solution strengths, or immersing a transducer deeper or longer than recommended can damage of discolor the transducer and voids the transducer warranty”.

Also, in probe user manuals you will find a caution statement reading “Never sterilize the transducer with autoclave, gamma-radiation, gas, steam, or heat sterilization techniques. Severe damage will result. Avoidable transducer damage is not covered by the warranty or service contract.” Below you will see a photo of what occurs when one attempts to use an autoclave device on a transducer – you get an unrepairable dead transducer along with a melted connector.

This is a current issue not just with ultrasound transducers, but with all types of medical devices. So much so that the Medical Imaging and Technology Alliance, MITA a division of NEMA has sent a letter to the FDA alerting them to this and asking the FDA to “take immediate action to communicate to the public the importance of following manufacturer guidelines when disinfecting medical imaging devices.” I am the Chair of the Ultrasound Section for MITA, in that role I would ask all who are reading this article to contact the workers in your hospital who are currently responsible for cleaning and disinfecting medical devices to confirm they are following these guidelines; if they are not the folks who normally perform this work they may not even be aware that OEM guidelines exist. The hidden costs of COVID-19 to the healthcare system may be staggering. 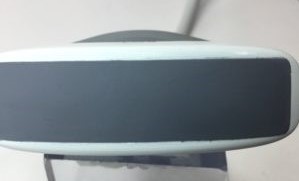 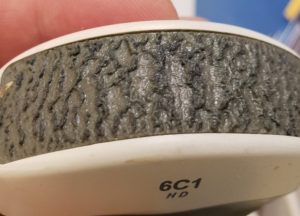 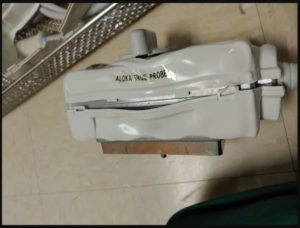