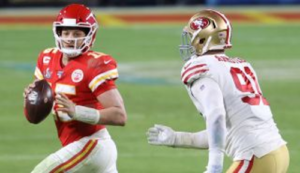 I admit to being somewhat of a football junkie. Because of this particular character flaw, I looked forward to watching last-week’s match-up between the San Francisco 49ers and the Kansas City Chiefs with great zeal, anticipation, and a plate full of wings. As with many professional athletic events, I have often found multiple universal lessons revealed from the playing of the game that transcend mere athletic ability. These lessons tend to more rapidly unfold and become more pronounced as the game progresses and the dynamics change (aka the score). Many of these lessons also tend to apply to business situations as well. I jotted a few gems down during the game and I humbly submit them for your consideration:

At the next Super Bowl, I look forward to watching the Denver Broncos destroy the 49ers.