A Good Example of a Bad Example 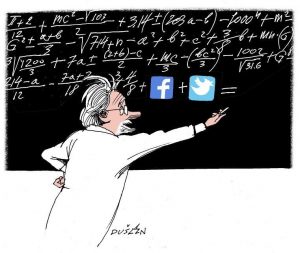 I have never met anyone with a social media strategy that featured ultimate failure as the end-game. So, I asked myself why there were so many good examples of bad examples of social media (SM) implementations. To be clear, I’m speaking about commercial implementations, not the occasional posting of cute puppy photos on Facebook. Also, to put a bit finer focus on what I see as the single greatest issue related to the lack of seemingly well thought out SM implementations, I submit the following brief definition of strategy: “a plan of action designed to achieve an overall aim.”

This month’s column is not intended to point out flaws in the design of any given website, or the implementation of links to other sites like Facebook, Twitter, YouTube, or LinkedIn; rather, I want to offer up some suggestions for social media strategies for 2017.

It has been said that experience is what you get when you don’t get what you want. If that be the case then I have gained a great deal of experience since developing my first website at Sonora Medical Systems in 1997. At that time, the web was the only real “social media” tool and the commercial web giants of today were in their infancy then (see below). I “knew” that I needed a website, but I did not know why I needed one or how to monetize the efforts it would take to develop and maintain one. In short, I did not develop a web presence business plan prior to developing a website. In 2017, however, it is imperative that a well thought out business plan (including how SM will positively impact the bottom-line) and SM implementation strategy be developed prior to the development of these sites.

There are two major metrics used for measuring the success of an SM activity, e.g., posting content in the form of an interesting article about one of your products or services; 1) click-through rates, and 2) conversion rates. Click-through rate is a number related to how many of your “followers” actually opened the article (note I said opened, it does not mean they read it). Conversion is how many took a hoped-for action related to the “ask” contained within your article. Conversion rates can, for example, be sub-diced to include either gaining a new customer, or selling a product to an existing customer. SM industry data suggests that 1 to 4% of your followers will click-through and of that percentage 1 to 4% will take a conversion action. This low yield calls out for a well-defined strategy to the development and placement of content on SM.

Here are some action items you might want to consider as you are developing your SM strategy and business plan:

If you are vigilant with the above you at least have a reasonable chance of implementing a SM site that will have a measurable ROI. If you want to know more about constructing an SM strategy, email me at gwmoore@acertaralabs with your question; also let me know which of the SMs below you regularly visit to get industry information. 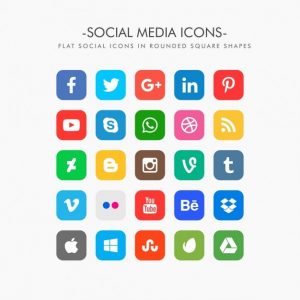