15 Years to Get a Point Across – Dead Elements Matter

Inertia is a tough customer. I learned this lesson almost 15 years ago when we had our first paper on transducer degradation and the effect of dead elements on image quality published in the 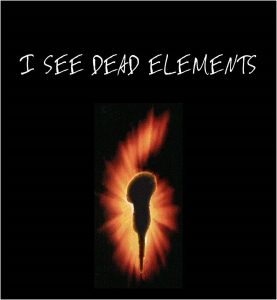 Journal of Diagnostic Medical Sonography1. This past week I was reviewing for comment the FDA draft of the revised guidance for Marketing Clearance of Diagnostic Ultrasound Systems and Transducers – October 2, 2017 (the Guidance), when I saw to my immense delight the newly introduced topic in Section 5.1.2.7 – Regarding transducer element check. This section of the Guidance reads thusly; “Device manufacturers implement appropriate tests of transducer performance each time a transducer is connected to the main system…, transducer elements checks are important to ensure proper performance of the transducer acquiring images or signals that provide the intended information for the users. Such proper performance is critically dependent on the integrity of the piezoelectric elements in terms of their mechanical and electrical configuration, and the subsequent transducer function.”

When my team at Sonora Medical Systems designed and developed the first commercially available ultrasound probe tester, FirstCall, 16 years ago we thought folks would be delighted that a tool finally existed that could objectively and quantitatively test an ultrasound probe, and all the elements within that probe. Boy was I wrong. Inertia was waiting for me with a big stick behind a bush; “It is too expensive”, “dead elements don’t matter”, “if the physician can’t see a problem then there is no problem”, “the OEMs say your test isn’t valid”, “there is no requirement to test probes”, “what do I do when I find a bad probe”, “tissue phantoms are enough”, “we don’t have budget”, “ I can just look at an image and tell if even one element is bad”, and my personal favorite pushback – “I use a paper clip and drag it across the face of the probe” – good luck with that one when you are testing a probe with more than 9,000 elements!

So, 15 years later, with more than 25 peer-reviewed world-wide published papers on the effects of dead elements on image and Doppler quality, with more than 200,000 probes tested confirming the number of performance compromised probes in clinical service (~25%), and after more than 500 FirstCalls have been sold, the FDA has at last included in its new Guidance the need for integrated element testing in ultrasound systems. Following the legacy of FirstCall we have designed the next generation probe testers, Aureon and ATLAS, to ensure HTMs have the tools necessary to test the newer more complex probes of 2017.

Sometimes you just have to take the bat away from inertia and beat it into submission. Takeaway? If you believe something is right – fight for it, if it is true then you will win out – eventually.

Until next month, Wayne

1 “The Methods and Effects of Transducer Degradation on Image Quality and the Clinical Efficacy of Diagnostic Sonography”; Weigang, B, Moore, GW, et al., Journal of Diagnostic Medical Sonography, JDMS 19:3-13, January/February 2003.