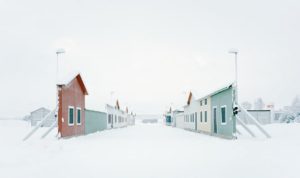 The generally accepted definition of a Potemkin Village is any construction built solely to deceive the viewer into thinking the situation is better than it seems. The term comes from stories of a fake portable village built solely to impress Empress Catherine II by her former lover Grigory Potemkin during her journey to Crimea in 1787. The original story was that Potemkin erected phony portable settlements along the banks of the Dnieper River in order to impress the Russian Empress; the structures would be disassembled after she passed, and re-assembled farther along her route to be viewed again as if it was another example1.

During the recently convened FDA workshop on differentiating Servicing versus Remanufacturing, I found myself wondering during Day Two of the meeting if perhaps the Collaborative Community metaphor was in fact more of a Potemkin village. Case in point – the Collaborative Community fell apart at the first obstacle it encountered; specifically, who was going to host the next meeting and where. After a few entities offered to host such a second event, the conversation quickly turned on if this was even a good idea or not – so it was decided to form a smaller “steering committee” from the broader Collaborative Community (which was proposed to become an ever-larger community) to determine who should host the next meeting, when, and where. We never discussed what the agenda of such a meeting might be, rather we stayed with a more nebulous “we need to keep moving this process forward” without actually defining what this “process” is and what the outcome (e.g., work product) of such a meeting might look like. So I left Day Two of the meeting wondering – will the legacy of Grigory Potemkin remain intact – will we simply disassemble the Day Two meeting of the FDA workshop and re-assemble it farther down the road of “Collaboration” to be viewed again as the village known as “making progress”, or will there be a real concerted effort to make substantial progress toward higher service quality and better patient outcomes? We will perhaps catch a glimpse of which way it may be going during Q1 of 2019. Stay tuned.

I hope 2019 brings each of you the very best that a New Year can offer,